This is a new weekly blog post that I'm calling Apartment Hell  Life. I've mentioned a few times some of the crazy things that go on in and around my apartment complex in the past 22 years that we've lived here and people keep telling me I should write a book. But instead of a book, I've decided to share the crazy things that have happened in and around my apartment complex in the last 22 years here in a weekly blog post.
This is the first video that I've uploaded from my computer rather than Youtube so I hope it works. This week my daughter and a neighbor were sitting outside at 9pm and watched as a man walked down the walking path next to our apartment complex pushing a shopping cart. Inside the cart were cardboard boxes he had set on fire and he just kept walking down the street and in and around another apartment complex as pieces of the boxes were dropping out of the bottom of the cart and setting all the grass, weeds, and trash on fire wherever he walked. So my daughter and the neighbor called 911 because they were afraid the fires would get to the apartment buildings. The video is of the police and fire truck getting here. 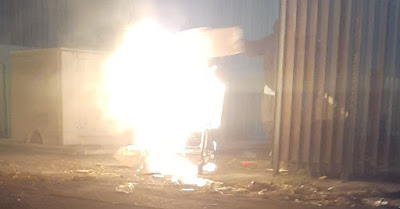 My daughter snapped a picture of the shopping cart when it was on fire. The man that was pushing it was standing behind it but you probably can't see him. Other people started coming out of their apartments and started filming him too. 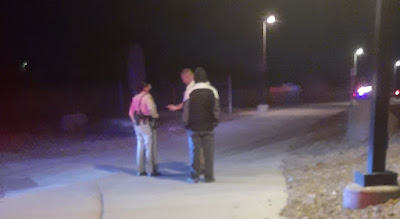 The police got here really fast and took voluntary statements from my neighbor that my daughter was talking to and from a guy across the street that saw it also. 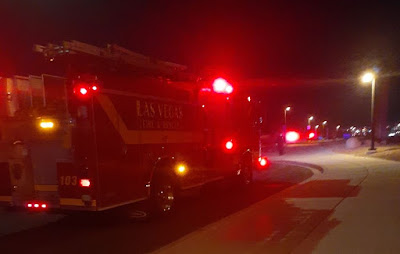 The fire truck got here fast and had to put out several small fires along the pathway where trash, grass, and dried up weeds had caught fire when this guy pushed the shopping cart over that area. The man was arrested at least and the police told my daughter they were charging him with arson so he probably wouldn't be getting out anytime soon.
So that's it for this week's Apartment Hell  Life! Be sure to come back next week for more.
Posted by Mary Kirkland at 12:00 AM