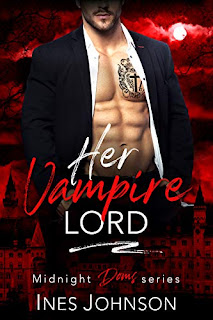 Book Description
HE OWNS MY DEBT BUT HE WON'T TAKE MY MONEY.
ALL HE WANTS IS ME.
Gaius Serrano is a mysterious figure in the world of wine. He’s arrogant. Darkly handsome.
And—my instinct warns me—dangerous.  He’s the last person I want owning my family’s debt.
Since my parents died, I’ve been responsible for my sibling's future and fortunes in the form of our family’s business. I’ll pay any price to get it back.
But he doesn’t want my money. He wants to master my pleasure. One night for one share of the business. If I give myself to him, I can earn my business back piece by piece.
I have no choice. I have to take the deal. I fall into his arms, into his bed. Into a world of passion that threatens to consume us both.
Because Gaius doesn’t want mere pieces of me. He wants all of me.
He’ll bring me to the edge over and over again until he breaks me.
Until he makes me his.
My Review
Because of his sire, Gaius is a bit tormented and very careful with the women he feeds from. He never sleeps with them and never plays with the same woman twice.
Marechal is the older sister and has been taking care of her siblings since her mother died and now her father as well. She is the boss, the woman in charge and doesn't take a lot of time for herself.
I knew from another book, Her Vampire Prince, that Gaius liked or was intrigued by Marechal. I was hoping they would get their own book so when I saw this one, I was super excited to read it. When Marechal finds out that Gaius or one of his brothers have acquired shares of her vineyard and she no longer has the controlling interest, she's really mad so she asks Gaius what he wants in order to get some of the shares back from him. Only she's not ready for what he wants, her. But she gives in because she's attracted to him in a way that she's not experienced before.
Gaius might be a dominant vampire but he's also a little broken from all the abuse from his sire. Even now that the sire is dead, he and his brothers, especially Virius don't let their guard down. It was a little sad to watch the way he waited for Marechal to hurt him because he wasn't sure that she wouldn't or wasn't awful like his sire. But it was also great to see how good Marechal was for him, I just wish we had more insight into their relationship. He never told her that he was scared or why and I thought that would have been nice to witness.
There was also this small side story about the vines on Gaius and his brothers vineyard that had some sort of curse on it and somehow Zahara and her people who I think are shifters, are involved in getting the curse lifted. But the story was quick and even though it looked like Virius might have found his mate in this side story, we don't get to see much of what's going on here. This story was thrown in, not completed and we were left with a huge cliffhanger in my eyes. I have looked for Virius's book but cannot for the life of me find it. But I will keep looking because his is the one that I want to read the most.
The storyline between Gaius and Marechal was completed but the story with the vines, curse and Zahara and Virius was left wide open. I didn't like how this book ended with such a wide storyline and can only hope that it leads to a spinoff series or some kind of conclusion in another book.
I give this book 3 out of 5 stars.
Posted by Mary Kirkland at 12:00 AM