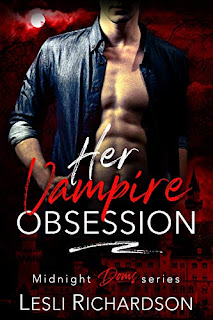 Book Description
HER TASTE IS ADDICTIVE AND I WILL NOT SHARE HER. NO ONE GETS HER BUT ME.
Dexter
I've lived a long time. Some might say too long. I honestly don't know what drew me to Lucius' club in Tucson, of all hellish destinations, but dark and self-destructive thoughts have increasingly beckoned to me, as of late.
Then I meet her.
She challenges me from the very start and awakens something I'd thought long dead and cold inside my soul. Even her name should burn my lips, yet I can't let her go.
But when pieces of the past catch up with us, will I be able to keep her safe?
Eilidh
I've spent most of my life running, but that bastard had my number from almost the second our eyes meet. He's the first of his kind to break through my defenses when I thought I was safe here, of all places.
He's done worse than steal my heart--he's given me hope.
Now what the hell do I do?
Especially when it looks like my past is catching up with us.
This time, I might have run out of options.
My Review
Eilidh has been on the run from something that appears to be a demon dog but she thinks it might have killed her dad too. She's now protected by the vampires and the werewolves and makes extra money selling her blood to the vampire king to sell in his club because there's something special about her blood.
Dexter was ready to meet the sun but one taste of Eilidh's blood gives him something to live for. After meeting her, he wants nothing more than for her to trust him so he can keep her safe but she has secrets. He'll do whatever he has to in order to win her over.
Eilidh and Dexter are drawn to each other right away and I really liked how sweet he was with her because he knew that she would probably run away from him if he came on too strong right away. After a couple of dates it's not long before they are seeing each other a lot and really getting along. They share their secrets with one another and it was great getting to know them.
Lucius, the vampire king and Garrett the alpha of the werewolves had a treaty to work together for the best interests of both species, they found a way to find common ground. So when Dexter comes to town and asks to meet with Garrett, Lucius sets up the meeting but everyone wants Eilidh there because they all like and trust her. Things go well and Dexter is ready to move on to building a new life there with Eilidh and even get along with the werewolves but as soon as Eilidh and Dexter have gotten close to being ready to move on with their relationship and maybe even move on together, that huge black demon looking dog that the vampires are calling a Gwyllgi, is spotted by Eilidh and she runs.
Eilidh doesn't want the demon dog to hurt her new friends so she thinks the only thing she can do to keep them safe is to run and hope that the demon dog follows her trail. But Garrett, Lucius and Dexter are all determined to work together to bring her back, keep her safe and get rid of the demon dog somehow.
I really like how they all worked together to figure out where Eilidh was and what the demon dog was and why it was following her. When it was finally revealed, it was quite the twist and I loved it. The ending for this book was so sweet and I really hope we see more of her family's storyline in subsequent books.
I give this book 5 out of 5 stars.
Posted by Mary Kirkland at 12:00 AM