This is a weekly blog post that I'm calling Apartment Hell  Life. I've mentioned a few times some of the crazy things that go on in and around my apartment complex in the past 23 years that we've lived here and people keep telling me I should write a book. But instead of a book, I've decided to share the crazy things that have happened in and around my apartment complex in the last 23 years here in a weekly blog post.
---
Imagine my surprise when I go to check the mail and there's an new bank of mailboxes out there with a sign that says we have to go down to the post office to get our new keys. So I go down to the post office only to have them tell me they don't know what I'm talking about. They said it might take 2 weeks for me to get a key. But she had me fill out a form to bring back that may or may not get approved for me to get a new key because apparently they don't give out free keys unless you have just moved into the apartment in the last 30 days. She had no idea what I was talking about, she asked her supervisor and he had no idea what I was talking about. They had no record of a new bank of mailboxes being put in so they had no keys to give out. She told me to check back in a week or I could try to catch the mailman out there and see if he will give me my mail. So I'll call in a week and see what happens. Once a bunch of the residents here start going down to the post office to get their keys, I have a feeling they might try to figure out where the hell the keys are. The right hand has no idea what left hand is doing apparently.
I was able to catch the mail lady once so far and she did give me my mail that day.
--- 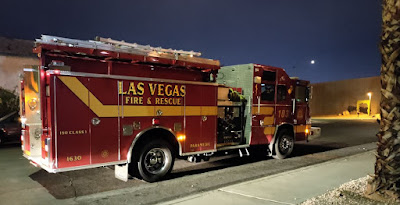 There was a fire truck parked right in front of my apartment complex on Wednesday. But no ambulance showed up and they were only in the apartment for a few minutes so I guess whatever it was the person is alright.
---
A couple of weeks ago I told you that an older guy my my building was taken to the hospital in an ambulance. When I saw him back home and his face was all bruised up I asked him if he was alright. This is the guy who's brother is homeless and he lets him sleep in a chair in the corner by his apartment. Well the homeless brother was outside his apartment and got mad at him and punched him in the face, breaking his cheekbone and giving him a black eye. Both brothers are older, probably in their late 60's but the guy who lives there and got punched is a frail old man who walks with a cane. I felt bad for him because his face is all swollen and bruised up. It's no wonder he doesn't let his homeless brother stay with him in the apartment. He's told me before that his brother is addicted to meth and heroine.
---
My daughter was outside and saw my neighbor who I told you a few weeks ago is cheating on his wife with a woman around here... he was coming out of the old maintenance shop with that woman. The maintenance people keep screwing it shut because people keep breaking in, well he broke in probably so he and that woman would have a quiet place to have some alone time together. My daughter said when she walked by them that she started laughing because she couldn't help it because he looked like he just got caught, which he did. Good grief, just divorce your wife if you want to sleep around.
So that's it for this week's Apartment Hell  Life! Be sure to come back next week for more.
Posted by Mary Kirkland at 12:00 AM