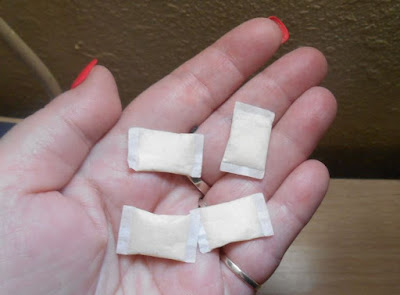 So something kinda comical happened this week. I was walking Falcor and spotted these little packets on the ground. I thought they were drugs, I mean, little packets filled with white powder? Drugs. So I picked them up and was going to destroy them and throw them away so some poor kid didn't get a hold of them but when I brought them inside I noticed that they weren't in plastic baggies like I would have thought they would be. The packets were made from some kind of heavy duty paper/cloth and it looked like they were machine sealed not hand sealed. So I did a Google image search and was interested in what I found. 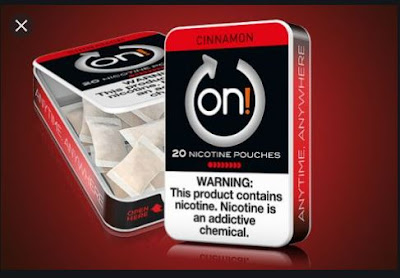 They are actually a nicotine pouch that people use like chewing tobacco. I read on their site that some of them have different scents and so I sniffed one of the packets (yeah, stop laughing) and it smelled like cinnamon which just confirmed what I had already determined. Not drugs, just a nicotine pouch. lol Well, at least I didn't find cocaine or meth. But I did learn something new because I didn't even know that something like this existed.
----

The police were on my street but a bit around the corner at the apartment complex across the street.  They didn't stay long but the guy that came out to talk to them was yelling as was really mad about something.
----- 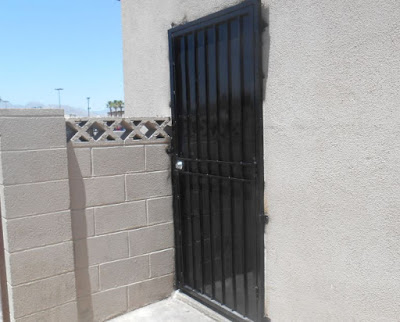 The old maintenance shop kept getting broken into like I told you a couple of weeks ago. So after maintenance kicked some of the local homeless people out again, they FINALLY did something to stop them from getting back in. They secured a security door to the old shop! Poor married guy and cordless drill woman will have to find another place for their romantic interludes. Boohoo. It was getting bad though. I would walk by at night after maintenance had left for the day and there would be 5-7 homeless people in there, some of them doing drugs and not even caring that the door was open and anyone walking by could see them. 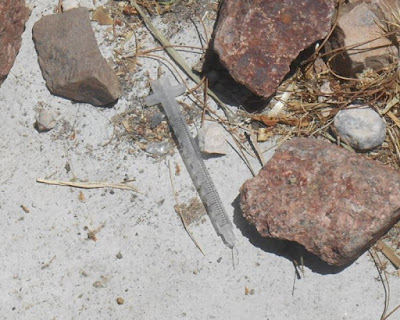 I spotted a needle in the rocks by the door. I guess maintenance dropped this when they were cleaning the room out. I put it in the trash.
Oh and Summer is here. On Friday it was 107 F.
So that's it for this week's Apartment Hell  Life! Be sure to come back next week for more.
Posted by Mary Kirkland at 12:00 AM