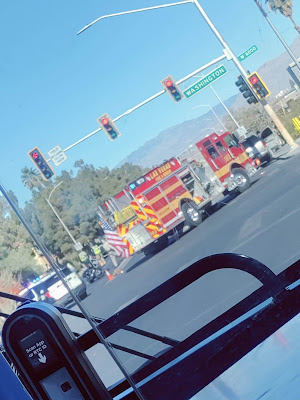 Just down the street there was a bad car crash and they had the street blocked off and had police and emergency vehicles out there. I couldn't find a news article about it so I have no idea if anyone was badly hurt.
---
I heard another rumor that drug dealer has to be out by the 10th. But I have no idea if it's true or not. He doesn't seem to be packing anything up so I have a feeling the rumor is false.
----
Thursday night right after 10pm my daughter and I heard a loud explosion and my daughter looked on her security camera and the apartment directly across from me was on fire. So I called 911 real fast and my daughter went outside. They got here in just a couple of minutes. They got one dog out right away, my daughter chased him down the street and we brought him inside.
Several people saw the woman who lives there jump out of the bedroom window and she was taken to the hospital. The firemen got the other dog out and they were both fine. The guy who lives there was not home but he was outside a little while later. The previous owner of the dog we had in our apartment came looking to see if he was ok and we gave him to the guy. Later on we saw the guy that lives there with both of his dogs. 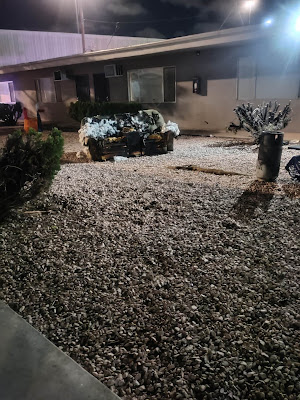 The apartment was a hoarding situation so they brought out a bunch of stuff while fighting the fire. The couch was a total loss. 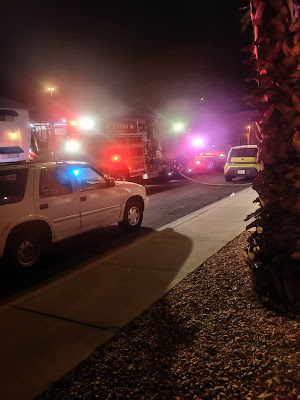 They got the fire out really fast and it didn't spread to other apartments, the dogs are fine, the guy that lives there is fine and the woman got taken to the hospital, but I saw her the next day and she is fine. They evacuated that entire building, but they didn't make my building evacuate. 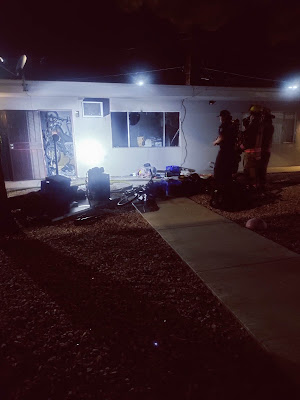 The police were here until almost 2am bagging evidence and taking pictures of stuff in the apartment. We heard them say there were 2 unregistered, loaded hand guns and a loaded shotgun that we saw sitting outside the door.  They also said they found drug paraphernalia. They also had a large propane tank inside their apartment so I'm glad that didn't explode or catch fire. 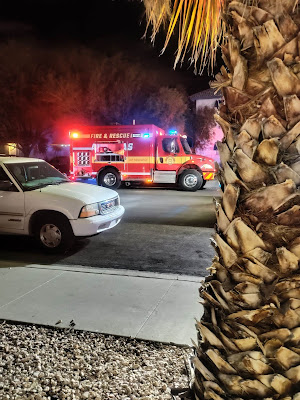 The next day the the couple came back and had maintenance open the apartment for them. The Red Cross was here in case they needed a place to stay but the manager moved them into another apartment building, 2 buildings away from mine. I asked the guy what exploded and he said he had a drone battery charging and that's what exploded. I had thought it was maybe a meth lab but since the police didn't tape off his apartment and tell him he couldn't go back inside, I'm thinking that wasn't what the explosion was. 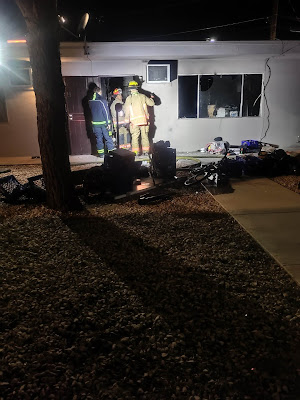 We heard him saying that the police told him he was going to get fined for the unregistered guns. I don't know about the supposed drug paraphernalia they found. 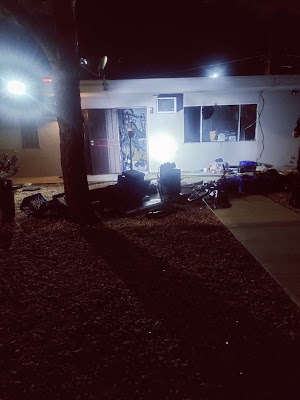 There was so much stuff inside that apartment they pulled the door completely off and was bringing stuff outside just so they could get inside the apartment. 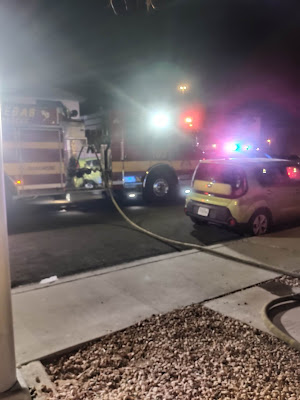 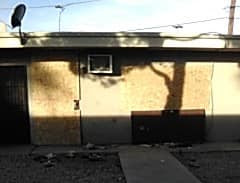 This is what it looked like the next morning. At least they were all fine and so were the dogs and the fire didn't spread. That was a really scary situation though. Having an apartment fire is one of my biggest fears.
The high this week was 65F/18C
The low this week was 32F/0C
So that's it for this week's Apartment Hell  Life! Be sure to come back next week for more.
Posted by Mary Kirkland at 12:00 AM