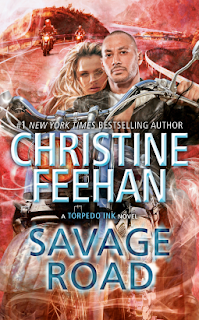 Book Description
When Savin “Savage” Pajari and Seychelle Dubois first met, their connection was instant, their attraction undeniable. Their relationship has been full throttle since day one.  Even though months have passed, the passion and love between them has only increased.
Savage completely owns what he is: a sadist in the bedroom who can only get off on his partner’s pain. He believes he’s not a good man, but he loves Seychelle with a fierceness that shocks him. He wants all of her, but only if she gives herself freely with eyes wide open.
Seychelle never imagined the lure of mixing pain with pleasure, or how much she’d crave Savage’s darkness. She’s been shaken to her core, but Seychelle is committed to Savage and their life together—even though he’s keeping a piece of himself back. And to truly make their relationship work, he has to give her everything that he is, just as she is doing for him.
Savage knows that what he really needs could break his woman if she isn’t ready. She agreed to come into his world, and he’s not about to give her up. He has to find a way to let her see the monster inside without pushing her away. But the real Savage might be more than Seychelle can bear...and he knows he wouldn’t survive losing her.
My Review
This is the second book about Savage because this man is so complex and his story is so compelling that one book, Annihilation Road, was not enough. This book takes place a few months after the last book, so Seychelle and Savage have gotten to know each other better but she still hasn't seen Savage at his worst yet. Savage is a sadist but he made sure that she knew that before bringing her into his life. The fact is, Seychelle likes the pain he brings her with the whips but he hasn't let himself really show her what he considers, the monster inside him when he's taken too much of his friend's pain, rage and anger inside himself.
Savage has a psychic gift that helped him and his family stay alive when they were children being held captive and abused. He can take some of their pain, anger and rage into himself but if he takes too much, his way of releasing it is to release the monster inside himself and use the whips he's so good at using. It's either that or go to a fight club and beat the crap out of his opponent but his family has had to pull him off of the other guy too many times before he killed someone. So it's no wonder he's afraid to let Seychelle see the monster inside him, he's not sure she'll ever be ready to be with him when he's in that kind of mindset even though she likes some pain mixed with their more intimate times.
Savage is a control freak and wants to control Seychelle all the time but she's also no pushover so it was fun to watch as they try to navigate their new relationship and Savage has to try and figure out how to give Seychelle the freedom she needs while still holding onto the control that he needs.
Brandon from the last book is still trying to influence Seycheele because he has a psychic gift that let's him influence people with his voice but because Seycheele has the same gift, he can't influence her and he's take that as a challenge. He is mad because Seychelle was able to break the psychic hold he had on a couple of women and now he wants revenge on her for interfering.
When a hit is put out on Savage and a body is found murdered, Savage is the first person that the police suspect but they have no case because he has an alibi. But that just makes the person setting him up madder and out for revenge even more. As Seychelle uses her gift on several people to see who is and who isn't influenced by Brandon's gift, it becomes apparent that Brandon isn't the only other one with a psychic gift. Someone else has been putting thoughts into people's minds for one reason or another and because of this, more than just Seychelle and Savage are in danger.
It was fun to watch them figure out who is behind the problems and how it all fit together. I like Savage and Seychelle even though I knew going into these books that Savage was a sadist and I might be reading scenes in this book and the last that would make me uncomfortable and let me tell you, this book made me uncomfortable. Much more so than the last book. Savage let's loose his monster a lot more in this book and the only reason I was ok with it was because Seychelle is all in, it's completely consensual between them and Savage really does love her.
I wasn't sure I was going to like this series when I first started reading it, but this is the 7th book and I'm looking forward to see who find's their mate next.
I give this book 4 out of 5 stars.
Disclosure: I was given an E-book via NetGalley but all thoughts and opinions are my own.
Amazon
Posted by Mary Kirkland at 12:00 AM